Rep. Tarr’s agenda called for small group discussions that were combined in order to create consensus.

Consent is Freely Given, Knowledgeable and Informed Agreement.

3. Once society can understand the basic principles of consent, we can understand why assent– which is merely agreeing on the face of it, and acquiescing– which is agreeing under duress – is not consent. And we can correctly apply these simple-to-understand concepts to sexual conduct.

we not only can understand what constitutes the crime of sexual assault, but we can hold sexual predators accountable by law.

4. Penal code assigns degrees to crimes based on the impacts on the victim. For instance crimes involving violence or weapons are treated more harshly. Their degree will call for a more severe

penalty than for a lessor crime. But we recognize the basic nature of the crime no matter what degree we apply to each type of case.

5. Once penal code clearly defines the noun, consent, provisions which use the verb form to convey the action of consenting will make sense.

In response to the inquiry presented by Rep. Tarr for the October 10th meeting:

Capacity to Consent [who can consent]

A child cannot consent because they have yet to attain the age of reason. Even if they were in agreement, their reasoning ability is not mature to the degree that they are responsible for their decisions. This concept lies at the heart of statutory rape.

Currently, our states differ on the age of consent and whether the age difference between the parties determines if a crime took place (Romeo/Juliet laws.) A federal guideline (code) should exist on the statutory age of consent.

As a result of the principles established in Nuremberg Code, society can readily see that there is a difference between assent and consent. To conduct medical research using a child, the minor must “assent” and their parent or guardian must “consent.”  The University of Alaska at Fairbanks adheres to the policies in Nuremberg Code.

 Intoxication: Was the person intoxicated? Different states have different definitions of intoxication, and in some states, it matters whether you voluntarily or involuntarily became intoxicated.

Intoxication and incapacitation by drugs flies in the face of a person’s ability to reason, regardless how they became intoxicated or drugged.

When someone  is intoxicated or drugged beyond coherent thought, they can assent or acquiesce, but they are not capable of consenting.

Consent is the end result of clear thinking and having a functional decision making process. Not all physical disabilities would render a person helpless. But surely, a person who is helpless and relies on another for their basic needs could be the victim of a power differential.

 Relationship of victim/perpetrator: Was the alleged perpetrator in a position of authority, such as such as a teacher or correctional officer?

Power differentials can  inherently produce fear by their very nature. Laws should specify obvious positions of authority in which sexual contact is prohibited and state that the list is “not limited to” the specifically stated relationships.

When a power differential is used to induce sex, the victim would  acquiesce, but not consent.

 Unconsciousness: Was the person sleeping, sedated, strangulated, or suffering from physical trauma?

No one who is unconscious can possibly be consenting during sexual contact.

 Vulnerable adults: Is the person considered a vulnerable adult, such as an elderly or ill person? Is this adult dependent on others for care?

Both circumstances can lead to assent or acquiescence, but not consent.

Consent laws across the country [what is and isn’t consent]

 Acquiescence or compliance – is complying enough? Would lack of consent look like compulsion? What if the victim didn’t say no?

 Affirmative – is a definition of consent that many campuses have adopted, instead of ‘no means no’ it is ‘yes means yes’ – would you like to see an affirmative consent? What would it look like?

 Freely given – does this have to be verbal, implied, explicit, actions? If someone doesn’t say yes, but their body language implies, is that consent?

Sexual assault is not accidental. It’s a premeditated crime “against the person” which causes debilitating harm, both physically and psychologically.  The perpetrator knows whether they used a device such as force, duress or deception to undermine their victim’s self determination over their body. Even if the victim is unaware that the offender sabotaged their thought process, the offender knows. And the actions of the offender, not the victim, make every crime a crime.

 Clothing – some statutes reference that clothing is not indicative on consent. Should that be included?

 Deceit – if someone lied about who they were, does that impact the consent given?

Consent is not given when the offender lies or deceives in other ways, such as impersonation, to induce sex. Assent is given. Missouri’s statute for rape in the 2nd degree states “Assent is not consent when induced by force, duress or deception.”

Assent is “agreement on the face of it.” Assent is not sufficient for engaging in sex. The offender knows whether or not they lied even though the victim does not. Even if the accused is too dimwitted to understand the difference between assent and consent, they are not too dimwitted to know when they lied or used deception.

What cases of sexual assault by deception can be prosecuted? If someone commits a “fraud in fact” that a “reasonable person” (which is the legal standard in all other crimes) would likely not have detected, and if there were sufficient proof that a crime, indeed, took place, that offender could be prosecuted.

For instance, when someone tells you “I love you and we’re going to get married,” but they hide the fact that they’re already married, they are committing a fraud in fact because they lack the capacity and intent they’ve stated. (Sexual assault by fraud in the inducement.) If, however, they are single and tell you they love you and, later, change their mind, they have not committed a fraud in fact.

Nay-sayers often raise absurd arguments which frequently rest on appearance enhancements. “If a person told me they weighed less than they do, if they wore make-up or a padded bra….isn’t that rape by fraud?”

The concept of “reasonable person” applies in all criminal cases. Could the so-called victim have remedied their belief by asking the other party to get on a scale or wash their face?  If their weight or appearance without make-up is important, they are responsible to conduct their due diligence. It’s the predator whose scheme is so undetectable that reasonable due-diligence will not uncover it, that could be prosecuted.

In simple language, does the victim have a reasonable basis for believing the deception? And is there sufficient evidence to build a case against them in a court of law?

 Voluntary – what would that look like in the positive and negative

People can volunteer something even when they are coerced, forced or tricked to do so. For instance, a victim could volunteer a condom when they’re being sexually assaulted. Stating that consent must be freely given with no influence from force, duress or deception (negative) or consent is freely given, knowledgeable and informed agreement (positive) are the most comprehensive ways to avoid confusion.

 Revocable – some statutes explicitly state that if a person 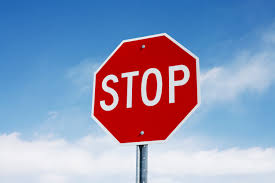 consents one time, does not mean they will consent again? Should Alaska adopt that?

Stating that consent may be withdrawn throughout the sexual contact is an appropriate concept. Once the sexual contact has ended, they cannot withdraw consent in retrospect. If, however, after-the-fact they find they were forced, coerced or deceived into sexual conduct, what they perceived to have been consent at the time would, indeed, not have been consent. It would have been assent or acquiescence depending on the device that was used. Therefore, their past agreement to sexual conduct would not qualify as consent and claiming they consented would be incorrect.

Also, consent is not mutual. It is individual. But it must be simultaneously achieved in order to conduct sex.

 Some literature reviews have highlighted potential constitutional concerns related to defendants’ rights. In terms of keeping 5th amendment rights and being innocent until proven guilty. Do you have any concerns with shifting the burden of proof?

The presumption of innocence is a sacred doctrine in the US judicial system that was confirmed by the US Supreme Court in Coffin v. the United States, 1895. Each defendant must be treated as innocent until determined to be guilty beyond a “reasonable” doubt by a jury of their peers.

Jurors are, collectively, the embodiment of “reasonable people” in all jury trials.

Defining consent properly in our laws changes nothing regarding the treatment of the accused in sexual assault cases. The only thing that has recently changed is that the #MeToo movement has enabled victims to find their voices and bring cases to light that have been swept under the deniability rug of society for generations. Each and every accused, whether male or female, is entitled to the protections that exist under the law, and will continue to exist under the law once the long overdue definition for consent is established.

For generations, our nation tolerated slavery. In fact brothers took up arms against their brothers to defend their right to carryout this most heinous, disgraceful  atrocity. Slave owners were motivated by concerns that their plantation lifestyle would end and they would lose their position of supremacy.

Many of the framers of our constitution, our law makers, not only owned slaves but also carried out extramarital affairs…  even with slaves who couldn’t refuse them.

Rape mentality exists because, historically, our law makers failed to stop it. They treated women as chattel and second class citizens. Women only obtained the right to vote in this country a hundred years ago. And we still struggle for gender equality.

Many of our current legislators grew to adulthood in a society that fails to recognize what rape mentality actually is, or the devastating affects of sexual assault on the victim.

Just like abolition laws changed our moral reasoning, defining consent in our laws will create a new normal… one that respects the sexual autonomy of every man, woman, and child throughout the US, and hopefully, beyond.

Bravo to Rep. Tarr for her efforts to make the world a safer place! She truly embodies the concept #IWillCodifyConsent!

Read and share “Your Consent- The Key to Conquering Sexual Assault”

Donate whatever you chose to keep the fight for CONSENT alive!