Burdened by helplessness, hopelessness and defilement, scores of #MeToo sufferers exposed offenders who destroyed their lives. Their efforts were aimed at restoring their self-worth and protecting others.  But they were hit with the ultimate wallop…… an offender who manipulates the justice system to drown them in a whirlpool of defamation and cyber-stalking charges, destroying the little bit of equilibrium they have left.

This past week, I received stories from the US and Canada by victims who are in the midst of fending off attacks from calculating, deliberate offenders who relish the harm they created and will go to great lengths to continue undermining them. 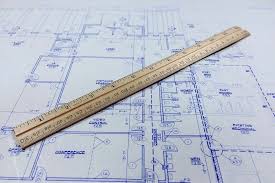 Under no circumstance should you publish the name of the monster who destroyed your self worth or take steps to retaliate in any way that is unlawful. Regardless that our justice system fails to protect you, it also fails to support your wrongdoing against the person who harmed you. Here’s what you should do instead:

The offender has no scruples. They delight in controlling their victims and making them miserable. Don’t give them any ammunition to harm you further by creating the possibility you’ll be charged with wrongdoing.

I maintain an unpublished list of offenders when people report them to me. While I don’t publish the list, I will put two or more victims of the same offender together in order to help them get the police to act. The police take serial cases more seriously than individual cases. When a pattern of behavior develops, there’s a greater chance they’ll do the right thing. I’ve seen that happen recently in a New Jersey case of a horrific, drug induced rape. The police sat on the case for over 5 years. Without a second complaining victim, they did nothing. Another victim recently stepped forward. Stay tuned.

To date, I have coached several victims successfully through the process to secure justice against offenders such as William Allen Jordan,  who went to jail, and Ricardo Ferrari, who settled out of court in a case that began as a pro se action. You can contact me if you need an advocate. I do not charge for this service, and I’m not an attorney. However, contributions are always welcome.

Read Your Consent – The Key to Conquering Sexual Assault

Donate to the Consent Awareness Network to help make the world a safer place!